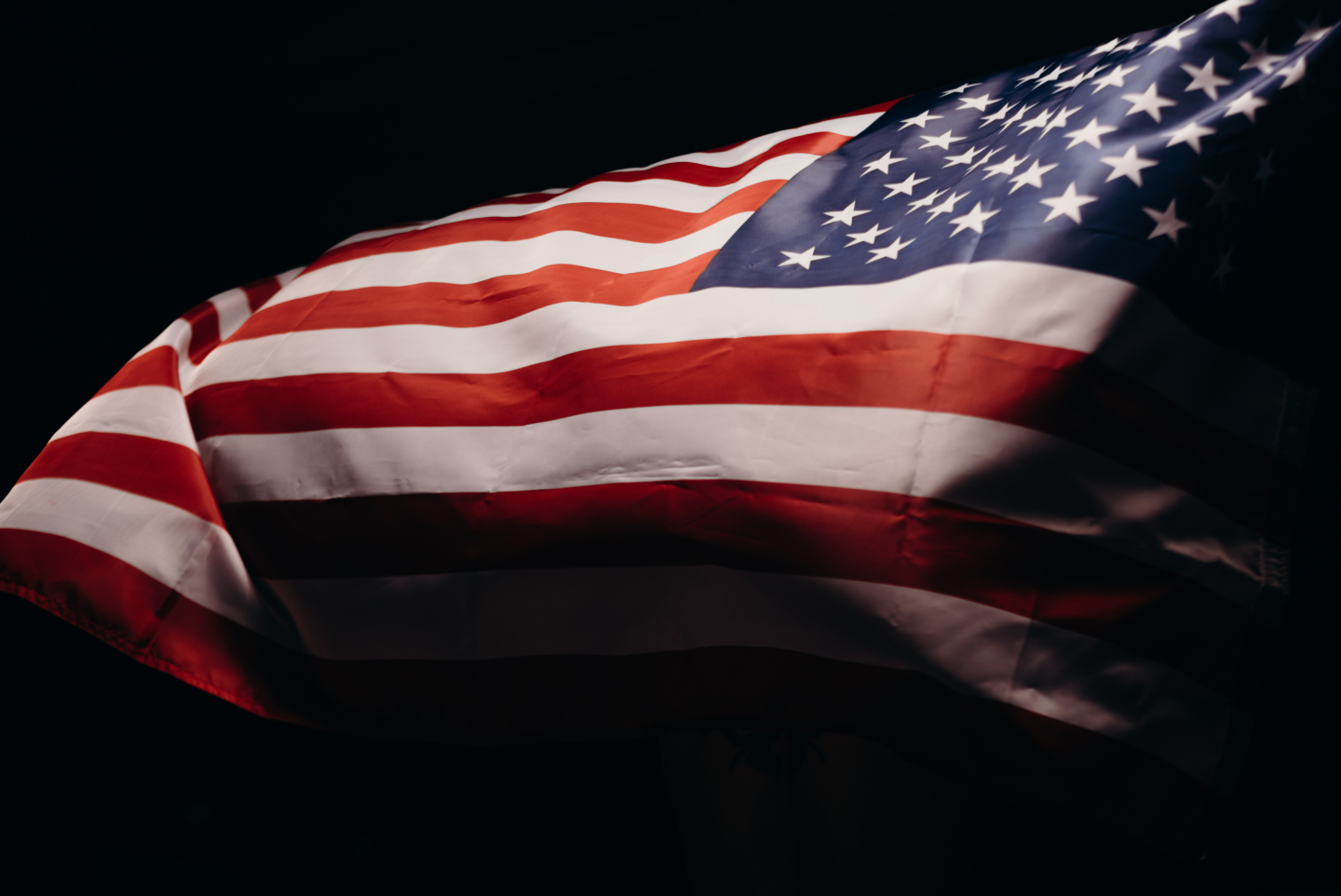 The following is an excerpt from the introduction to “Why America Matters,” published in October 2022 and available here.

Many years ago, as a Gen X twenty-something and Rage Against the Machine fan, I would sing along to “Testify,” a song I recognized as referencing George Orwell’s “1984”. Rage’s catchy lyrics reflected Orwell’s idea that whoever controls the present, i.e., through the dominant narrative of government sponsored media, would also control the past and its meaning. The corollary was that whoever controls the retelling of history would also control the future.

I vaguely knew that the words had something to do with the link between power, history, memory, and narrative. A clever hook challenged me to check my assumptions about how mainstream media interpret world events and to question the information I was consuming. I probably overprocessed it. But it was a killer song.

It was only when I reread “1984” that I recalled the phrase’s origin. This was a riff on the ruling Party’s slogan regarding the “mutability of the past,” one of its sacred principles. The Party (there is only one) governing Oceana, a fictional superstate constantly at war with one or the other of its two rivals, has three core slogans that every citizen knows by heart:

“1984” was a favorite meme of conservative Cold War stalwarts as a prophetic warning against the evils of totalitarianism and the communist Soviet Union in particular. As the threat of what President Reagan branded the “Evil Empire” receded, so too did the book to the back shelves of the American consciousness. However, “1984” has had a strong popular renewal in the twenty-first century. Interest returned in 2013 following revelations of massive spying on American citizens by the National Security Agency and other US intelligence organizations.

The 2013 sales bump reflected Americans’ fear of pervasive government surveillance. This was something we knew was possible but hoped wasn’t true, even though we’d been warned by fictions such as the Will Smith and Gene Hackman movie “Enemy of the State” years before. Americans asked the question, are we living in “1984”? What would come next?

The big surge in the book’s popularity followed the 2016 election of Donald J. Trump as president of the United States. By January 2017, “1984” had risen to number one on Amazon’s bestseller list. This was something different. This time it was the Left fueling “1984”’s renewed success.

Following the 2016 presidential elections, the media began to warn of the imminent and “existential” threat that President-elect Trump posed to American democracy. “1984” was promoted as a “key text” to understand a “totalitarian dictator” with “nationalist” and “racist” followers. Trump’s dystopian view of the condition of America and his unrelenting attacks on its broken institutions greatly frightened the Left.

When Trump spoke of “fake news” and his press secretary referred to “alternative facts,” the critics were sure that they heard the sound of “doublespeak,” a word not used by Orwell but rather a conflation of two that were “Doublethink” and “Newspeak.” Doublethink, such as “freedom is slavery,” is to accept as equal or true two mutually exclusive thoughts or states of being without awareness of the blatant contradiction. The Party used it to indoctrinate belief and control reality. Newspeak, on the other hand, eliminated words from the past, along with their meanings and the ideas they represented. Newspeak was a method of thought control through language modification and annihilation of memory.

The Trump White House was labeled the Ministry of Truth, accused of aggressively making up its own reality as it went along, to be spun upon an unsuspecting public. A bevy of books on fascism, totalitarianism, the death of democracy, the perils of nationalism, and similar subjects were hastily written and consumed, with Trump written into the narrative as a political Svengali if not the Devil himself.

It would take the fake news scandal and deep state deception of the century to recenter the American eye away from Trump and back onto the dangers of the surveillance state and a complicit media. The scandals of Russiagate, the pandemic, a laptop from Hell, and evidence of widespread government corruption and conspiracy marked the end of the road for many Americans who had lost all remaining trust in government.

The past few years have confirmed that we are now facing the dangers forewarned in “1984”. Big Brother — the all-seeing, all-knowing State — has manifest in what Shoshana Zuboff, author of “The Age of Surveillance Capitalism,” christened “Big Other…the ubiquitous presence and power of the surveillance economy embedded in the architecture of AI-enabled big data. Big Other has turned consumers into commodities and reality into whatever these corporations determine it will be.” This power appears determined to exercise total control of society by first erasing then redefining the past (i.e., by rewriting history) and then shape-shifting culturally shared meaning (through modification of language and the meaning of words).

The surveillance that this technology enables has supported the political objectives of an elite class that spans our political parties and government bureaucracy, mainstream and social media, and our largest corporations. More worryingly, “reality” has fallen under the corrupting influence of foreign powers and anti-American ideologies now embedded into our most cherished institutions.

This unprecedented power has undermined the free speech rights of Americans enshrined in the First Amendment of the Constitution. This has been done by canceling, censoring, shadow banning, doxing, and downvoting voices of dissent. The most visible and egregious examples have included the suspension of dissenting or nonconformist views from Facebook and Twitter; Big Tech’s collusive attacks on its competitors; media blackouts of investigative stories than run against the mainstream narrative; and the censoring of important free speech issues such as origins of the pandemic, voting integrity, corruption involving government officials and their families, and the potential long-term risks of an experimental vaccine.

The application of thought and behavior control is happening in subtle and long-lasting ways, such as by redefining American history, removing its cultural icons, altering or inverting the basic meaning of words (e.g., “justice,” “equity,” “racism,” and “truth”), and creating false narratives of conflict between Americans based on the identity politics of race, gender, and sexual orientation. By falsifying memory, and by emptying the meaning of words only to refill them with ideologically laden opposites, the “progressive” Left is well on its way to transforming the identity and meaning of the nation into something unrecognizable and alien.

In 2020, America was confronted with multiple overlapping crises. This revealed a near bankruptcy in the vault of American ideals that might have otherwise provided defensive support in times of challenge. Many Americans, especially younger generations, are now asking fundamental questions about whether the entire American experiment isn’t a failure and whether perhaps we might not be better off starting over with something new. Usually, the something new is a rebranded version of something old and failed elsewhere, but — without adequate historical memory and context — this detail is lost on the audience.

The result of this upheaval is that many Americans now feel confused, lost, alienated, and unsure about their own identity and that of their nation. In the face of an unrelenting and often unrecognized attack, America is undergoing multiple crises: of circumstances, identity, institutions, and engagement, that when taken together threaten to undermine and tear apart the republic. It was the pandemic and its unintended consequences that first revealed many of these issues, but they were there all along.

“Why America Matters” argues that because of the multitude of crises we face, and the social disintegration that has already begun in our nation, America faces a critical choice. Either we ignore the rapidly accumulating warning signs, abandon our cherished ideals and national identity, and find ourselves drifting further into socialism, authoritarianism, and inevitable tyranny, or we strongly resist the forces conspiring against America and fight for the restoration of our identity, strength, and integrity as a nation.

This may require remodeling of old ideas, institutions, and national distinctives, but in many cases will require renovation and, in some cases, completely reinventing new features built to suit the twenty-first century’s challenges. Nothing in our current situation will allow for a simplistic “return to the past,” whatever the well-intended traditionalist might mean by that.

If we don’t make real change, the increasing pressure from America’s foreign adversaries, and the slow drip of ideological poison and cultural rot, will conspire to hasten our nation’s political and economic decline. This will likely come through a shift toward an authoritarian regime, whether socialist or merely statist, one in which individual freedoms are increasingly lost to the surveillance state. This is already happening.

As the economy weakens through inflationary policies and effective political power disintegrates, over time the State itself will be brought under the puppeteer’s hand of foreign influence and control. China, manipulating from behind the scenes the levers of our institutions and markets, will set the tune and require us to dance. Our middle class will slip into poverty and despair. Identity politics will keep us at one another’s throats. American leadership will become increasingly irrelevant globally as the dollar-based financial system can no longer maintain its coercive power. This is not an outcome that any of us should easily accept, but it is a possibility that we can no longer ignore.

America needs a reimagining of itself. A new American exceptionalism is required if we hope to emerge from this season of crisis with renewed vision and purpose as a nation. Like America herself, and the new government established at its founding, a twenty-first-century American renaissance will require an invention, the creation of something that hasn’t existed before. And it will require that Americans manage to agree on and unite behind a twenty-first-century vision of American purpose and, yes, greatness. So long as we remain so deeply divided on ideological, political, and cultural grounds, it is difficult to see how this can happen.

“Why America Matters” explores how it might be possible to create a better American future, not by abandoning our past but by integrating the best of our shared history, values, culture, and ideals into a new model of America built to suit for the twenty-first century. What is suggested is not the traditionalist’s sentimental and nostalgic call to go back to the “good ole days.” This is simply not possible. A new century requires a new model.