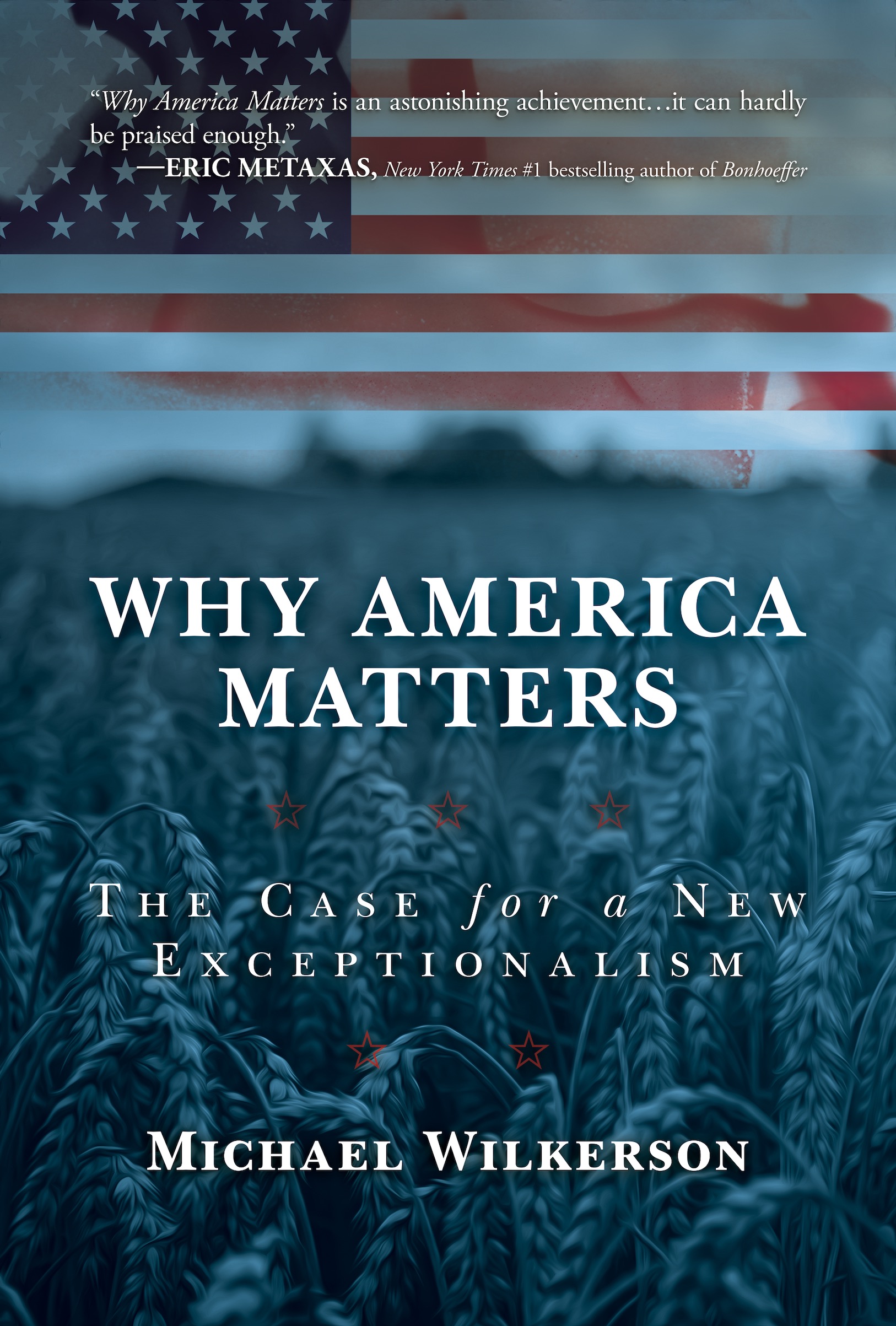 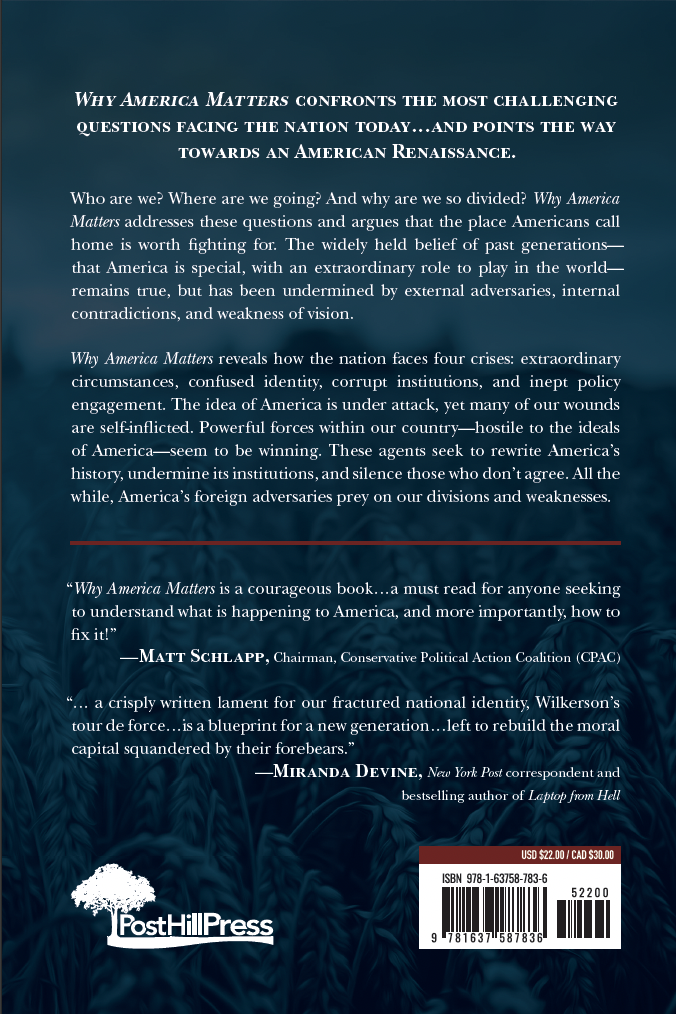 Get 20% off a bundle of five or more copies for friends and family! Use the promo code 5FORFRIENDS

Who are we? Where are we going? And why are we so divided? Why America Matters addresses these questions and argues that the place Americans call home is worth fighting for. The widely held belief of past generations—that America is special, with an extraordinary role to play in the world—remains true, but has been undermined by external adversaries, internal contradictions, and weakness of vision.

Why America Matters reveals how the nation faces four crises: extraordinary circumstances, confused identity, corrupt institutions, and inept policy engagement. The idea of America is under attack, yet many of our wounds are self-inflicted. Powerful forces within our country—hostile to the ideals of America—seem to be winning. These agents seek to rewrite America’s history, undermine its institutions, and silence those who don’t agree. All the while, America’s foreign adversaries prey on our divisions and weaknesses.

America is neither declining nor dying, but in a winter season. Our current political and social crises represent fertile ground for national springtime and renewal, a process the nation has gone through before. While the country has never been more divided on partisan, cultural, and ideological lines, there is a path to achieve the unity and vigor necessary to confront the twenty-first century’s challenges. Americans must recognize and reject false ideologies; resist surveillance and tyranny; take back our communities, schools, and families; and assert our enshrined rights to free speech and privacy.

The world recognized that America was great because America was good. America’s founding ideals, timeless values, and distinctive national character are needed now more than ever. But we can’t simply go back to the past. A new century requires a new vision of American greatness. Why America Matters points the way.