Stormwall was founded in 2022 by Michael Wilkerson to provide a forum for a patriotic movement leading to an American Renaissance. Our mission is to inform, educate, and illuminate issues that have been shrouded by a media and political culture characterized by censorship, misinformation, and official deception.

America is a democracy, and its people are sovereign.

The nation must be governed of the people, by the people and for the people. Anything else is a tyranny that must be resisted.

America’s founding ideals and institutions are worth preserving.

These include liberty, equality, democracy, unalienable (i.e., God-given) rights as expressed in the US Constitution, faith and family, economic freedom and mobility, and the uniquely American institution of a vibrant and egalitarian middle class.

Patriotic love of country is a virtue, not a vice.

Americans are right to love and be proud of their nation, the only place on earth they have to call home. Patriots strive to make America better by confronting its flaws and contradictions, even in the face of opposition and persecution. Frederick Douglass, the escaped slave turned prophetic voice of nineteenth century American conscience, wrote, “He is the lover of his country who rebukes and does not excuse its sins.”

America is under attack.

America faces enemies, both foreign and domestic, which seek to undermine America’s economy, society, and foundational values. This unpleasant reality informs our analysis and recommendations. Hidden from view for years, the actors and their methods of attack are being uncovered in a process of discovery.

America’s national culture is based on competence and merit.

We support equality of opportunity, not of outcomes. America competes with nations and must reward excellence to avoid falling behind. America First isn’t political polemic … it’s basic common sense. Leaders of any nation must prioritize their own nation and their citizens ahead of others or vague concepts of the “whole world.”

Inflation and fiscal mismanagement represent a clear and present danger.

We are not opposed to the success and prosperity of the Chinese people or nation. Rather we stand against the Chinese Communist Party’s oppressive regime and its attempts to destabilize American interests at home and abroad.

With no border, there is no nation.

Immigration must be legal and aligned to the national interest. America cannot defend others’ borders if we cannot secure our own.

The real conflict in America is not between traditional parties or labels of Left-Right, but between supporters of totalitarianism and democratic liberty.

The dividing line is between those who support the coercive power of the State, enabled by an elite technocracy representing a modern aristocracy, and those who believe in the principles of democracy, the individual’s right to freedom and privacy, and We the People. In this sense, “old-school” liberals have more in common with today’s populist conservatives than they do with the radical agenda of the progressive Left, which has hijacked the Democratic Party.

Americans have a constitutional right to peacefully resist tyranny and oppression by their own government. The right of protest, of petition of grievances, and of righteous civil disobedience are enshrined in the US Constitution, in law and in precedent. These are powerful tools when used justly and without violence. Non-violent resistance to oppression, corruption and lies is essential for national transformation.

In support of these beliefs, we stand against

Michael Wilkerson is the author of Why America Matters: The Case for a New Exceptionalism (to be released mid-2022) and Stormwall: Observations on America in Peril (2020). He is a contributing author to leading publications and media outlets including  The American Conservative, The American Spectator, American Thinker,  Barron’s, CEOWorld, The Hill, Jackson Hole Economics, Marketwatch, Newsday and NPR, providing commentary and analysis on economics, finance, history, and politics.

Michael has three decades of experience as an investor, financial advisor, and business executive. Michael served as Executive Vice Chairman of Helios Fairfax Partners, the world’s largest Africa-focused private investment firm, and as Chief Executive Officer of its predecessor, Fairfax Africa. Previously, Michael served as Global Co-Head of the Consumer, Food & Retail Group and as a Managing Director in the Financial Institutions Group at Lazard, the world’s preeminent Mergers & Acquisitions advisory firm.

Michael is Chairman of charity: water, one of the world’s largest and most well-recognized organizations focused on solving the world water crisis. 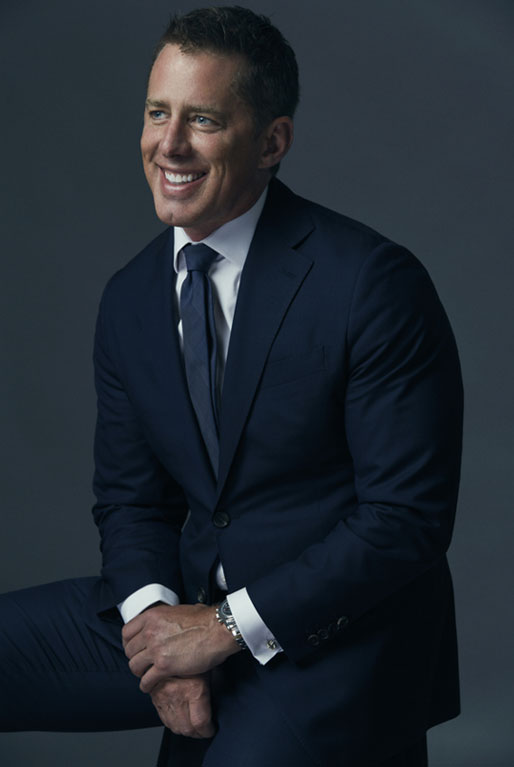